2X the Revenue with One-Third the List Size: How Insane Labz Made SMS More Valuable Than Email

Insane Labz is a supplements and apparel brand with a strong following. With a unique style that comes through in everything from their website copy to their product labeling, they’ve developed a loyal customer base going all the way back to their founder’s roots as a gym and supplement store owner. All of their products are made in the USA in an FDA-registered, cGMP Certified facility. 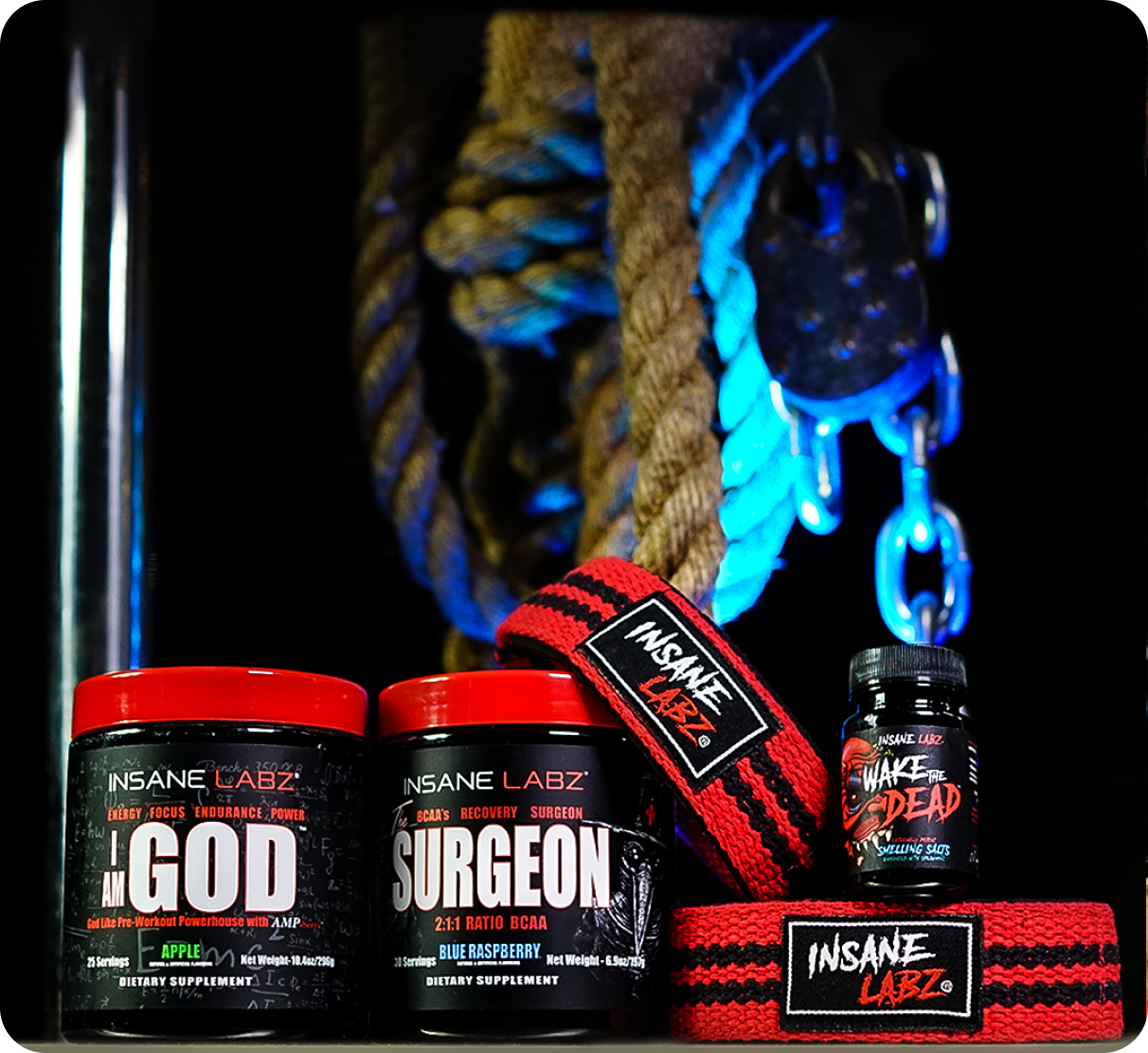 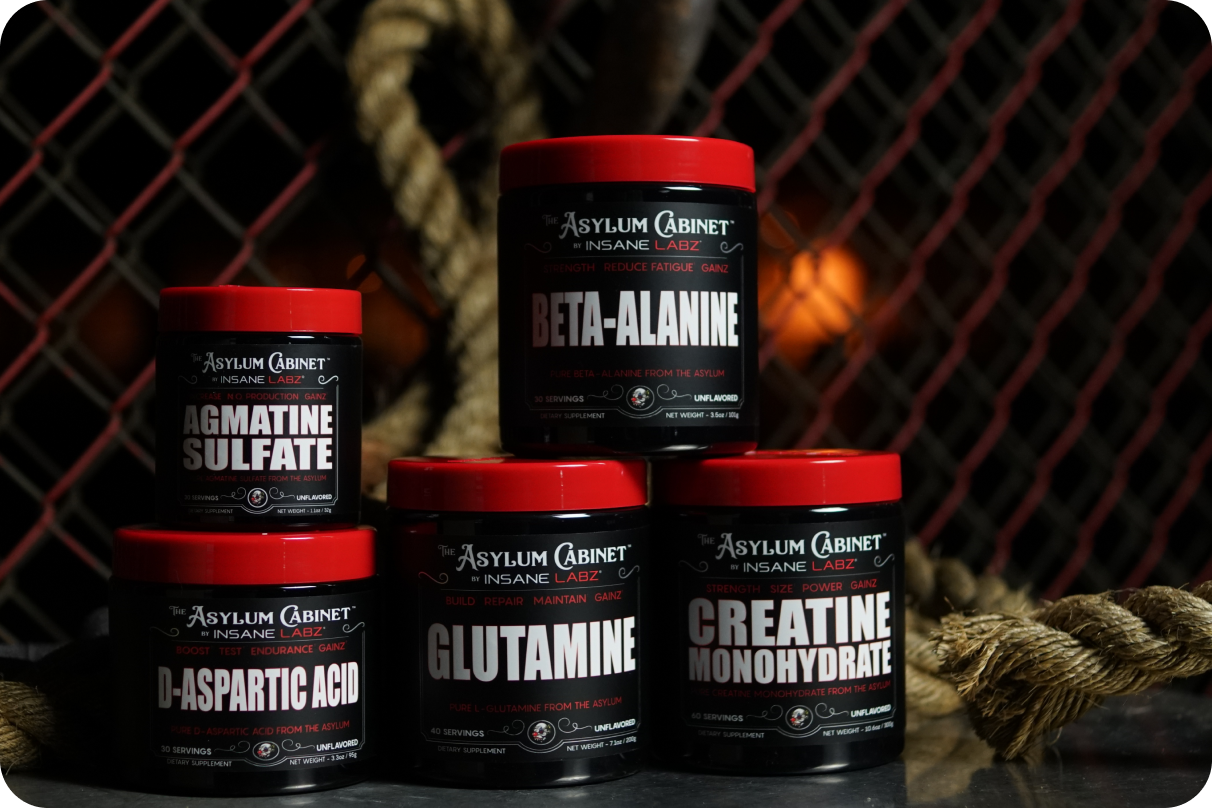 While Insane Labz has been around since 2015, it wasn’t until 2020 that they discovered the massive potential of the SMS channel.

After moving their store onto Shopify, they started using Postscript with a small test list they imported from their previous platform—a tiny provider that didn’t even offer any list-building tools.

“I could honestly see the impact right away,” Gabe said. “It was significant—and this was with a small list.”

With no time to spare before BFCM 2020, Insane Labz did what they could with their small existing subscriber list. But the results they saw were more than enough to motivate them to go all in on SMS in 2021. “From that moment on, I was like, our focus for the next 12 months is to grow our list,” Gabe said.

I could honestly see the impact [of SMS] right away. It was significant—and this was with a small list. 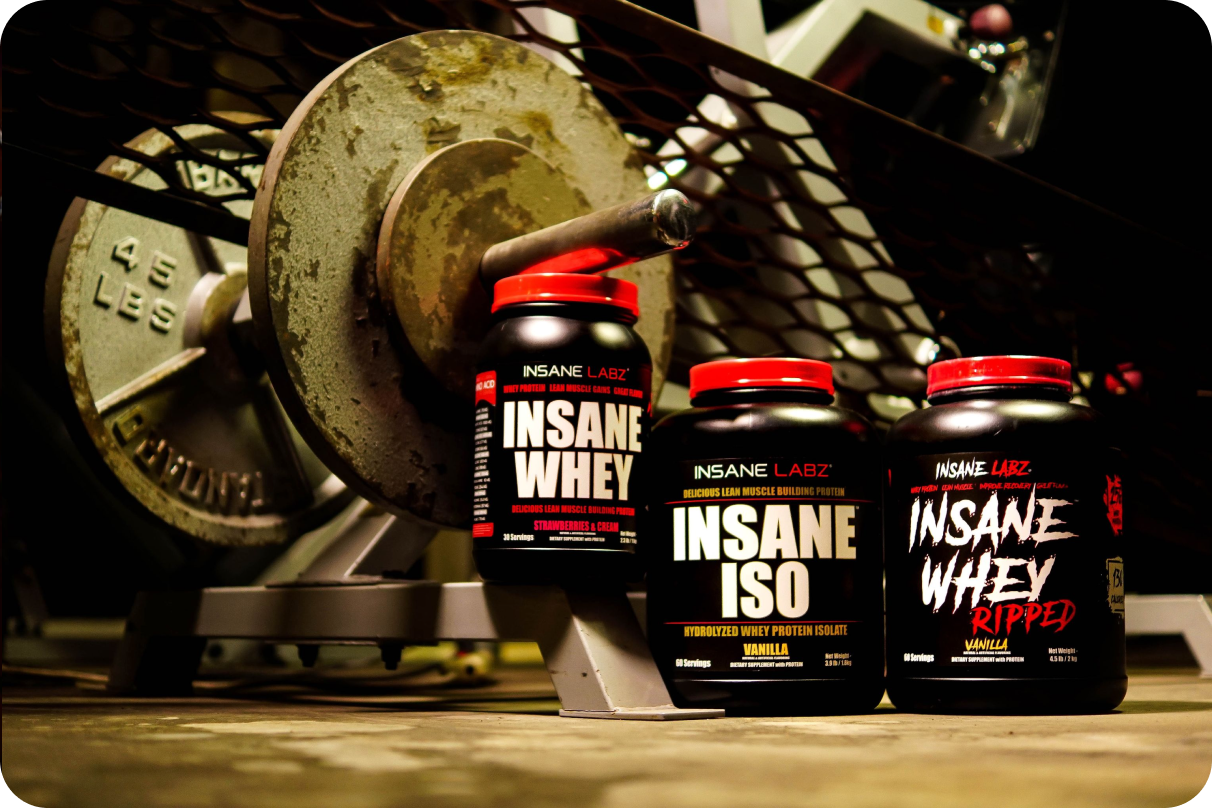 Staying true to his word, Gabe and his team launched a variety of subscriber acquisition tools in the months that followed. These included:

“We tried to exhaust every possible resource to get signups,” Gabe said, noting how easy it was to execute their list growth strategies right within Postscript using our platform’s built-in popup, keyword, and checkout opt-in tools.

Creating FOMO to Convert Their Email List into SMS Subscribers

One overarching strategy that has been super effective in driving opt-ins: Exclusivity. “We created a thing that’s every other Tuesday called Twofer Tuesday, which is two products for a set price, and that’s an SMS exclusive, so you have to sign up in order to get that.”

Insane Labz promoted Twofer Tuesday to their email list within Klaviyo, and they were blown away by the results. “We probably honestly grabbed 15,000 to 20,000 Klaviyo users from sending those emails to sign up, because [email-only subscribers] didn't get access to the deal. They had to sign up [for SMS]. And then the keyword would trigger the automation and send them that deal. That worked really well too,” Gabe said.

Once they started to see revenue rolling in from their SMS campaigns and automations, they started leading with phone number capture—rather than email capture—for all of their onsite popups. “I used to collect emails all the way up until September [2021], which I should never have done,” Gabe said. “Now we’re collecting phone numbers as the primary source and that popup alone has been humongous.”

All of those efforts helped Insane Labz amass an SMS subscriber base of more than 50,000 in under two years and catapult their monthly SMS-attributed revenue to $200K—double the $100K they pull in each month from email. 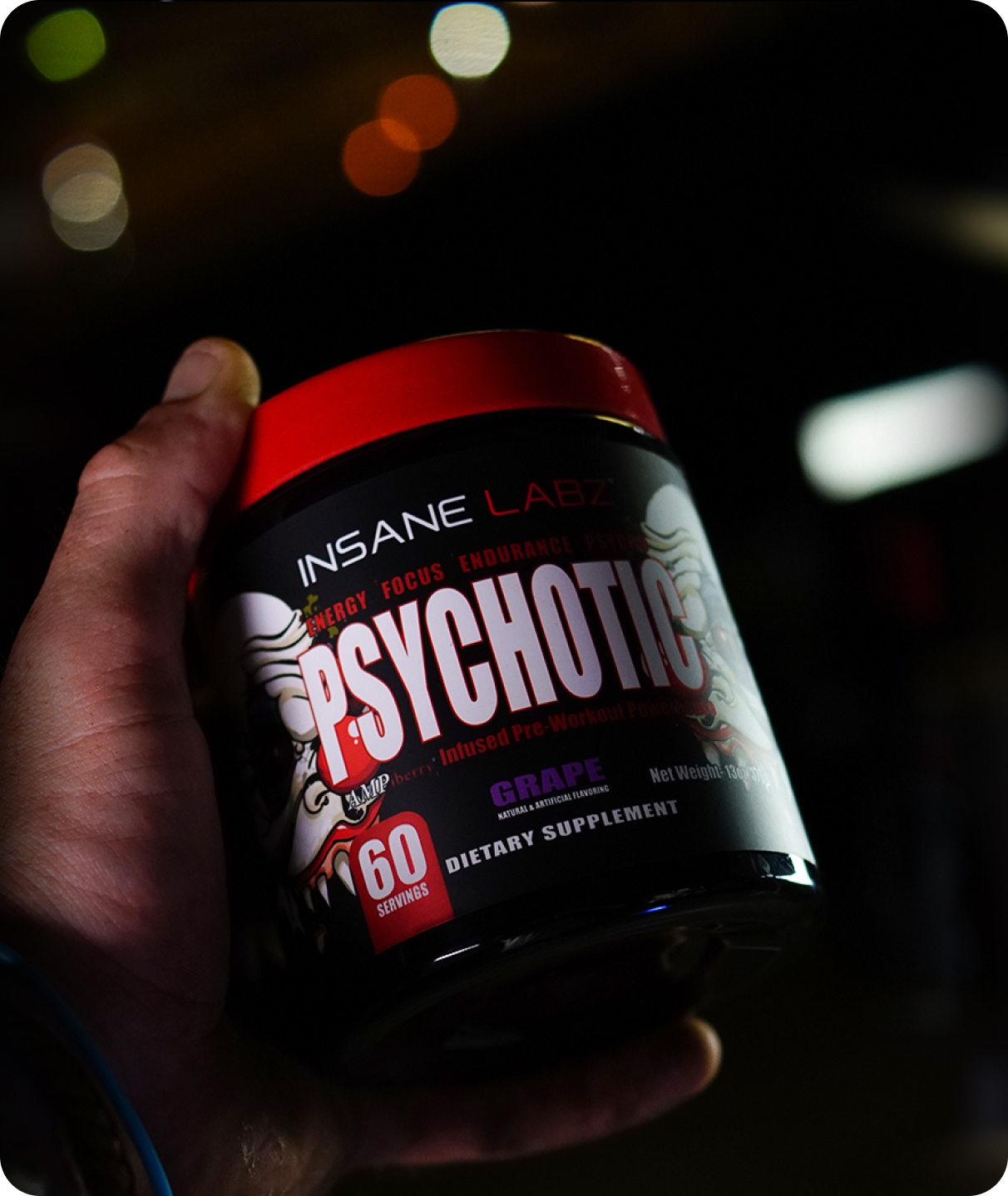 Insane Labz has certainly found a groove with SMS. Even though their email subscriber list is nearly three times the size of their SMS list, SMS drives double the revenue month-over-month.

That being said, Gabe knows it’s important to maintain and balance both of these channels.

“One of my biggest things that I tell the team is that we don't want to over-saturate and spam people with email, text, push notification—it just becomes a little bit too much for the consumer, and sometimes less is more,” he said. “So, we’ve created some synergies in timing.”

SMS in the next couple of years will probably overtake email in my opinion—if it hasn’t already. 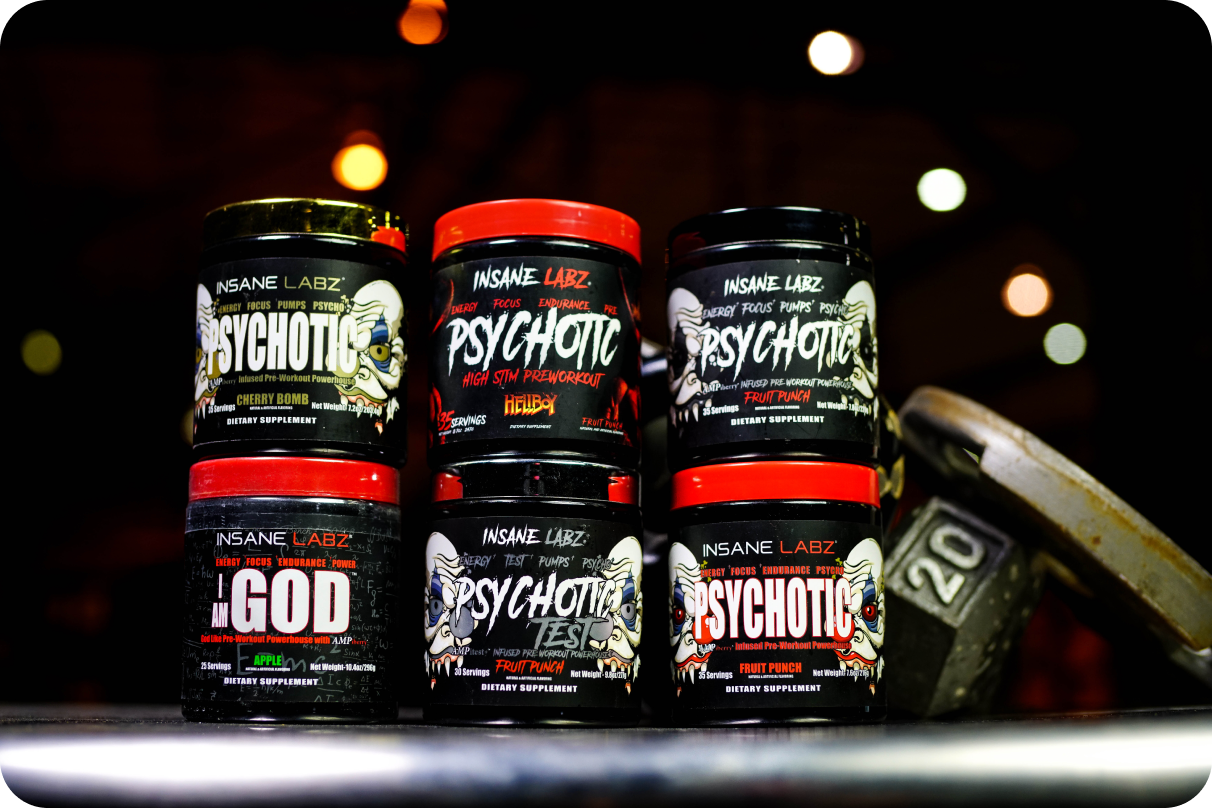 Rather than overwhelm folks with multiple messages on one channel, the team strategically staggers messages across channels. With their abandoned carts, for example, they’ll send one message via SMS—and if it doesn’t convert, they’ll follow up a short time later with an email message. Postscript’s deep integration with Klaviyo enables the team to automate this entire cross-channel flow.

“Once you actually start doing it and creating synergies between the channels, I think they both can work great because there’s still a place for email—no doubt about it,” Gabe said. “But SMS in the next couple of years will probably overtake email in my opinion—if it hasn’t already."

By focusing heavily on subscriber acquisition strategies during their first year on Postscript, Insane Labz has quickly turned SMS into their most profitable owned marketing channel. They’ve also worked closely with their Postscript CSM to test, iterate, and tailor their SMS program to their audience and brand voice.

I think it’s super important to invest in SMS as one of your primary channel drivers for revenue.