Clean beauty brand Glow Recipe creates fruit-forward formulas that deliver clinically proven results. Their products have earned them a cult following, as they use only the highest quality ingredients—like antioxidant-rich fruit extracts and clinically proven actives. They operate as a fully transparent brand that lists all their ingredients and makes skincare products that are always clean, vegan, and Leaping Bunny-certified cruelty-free. 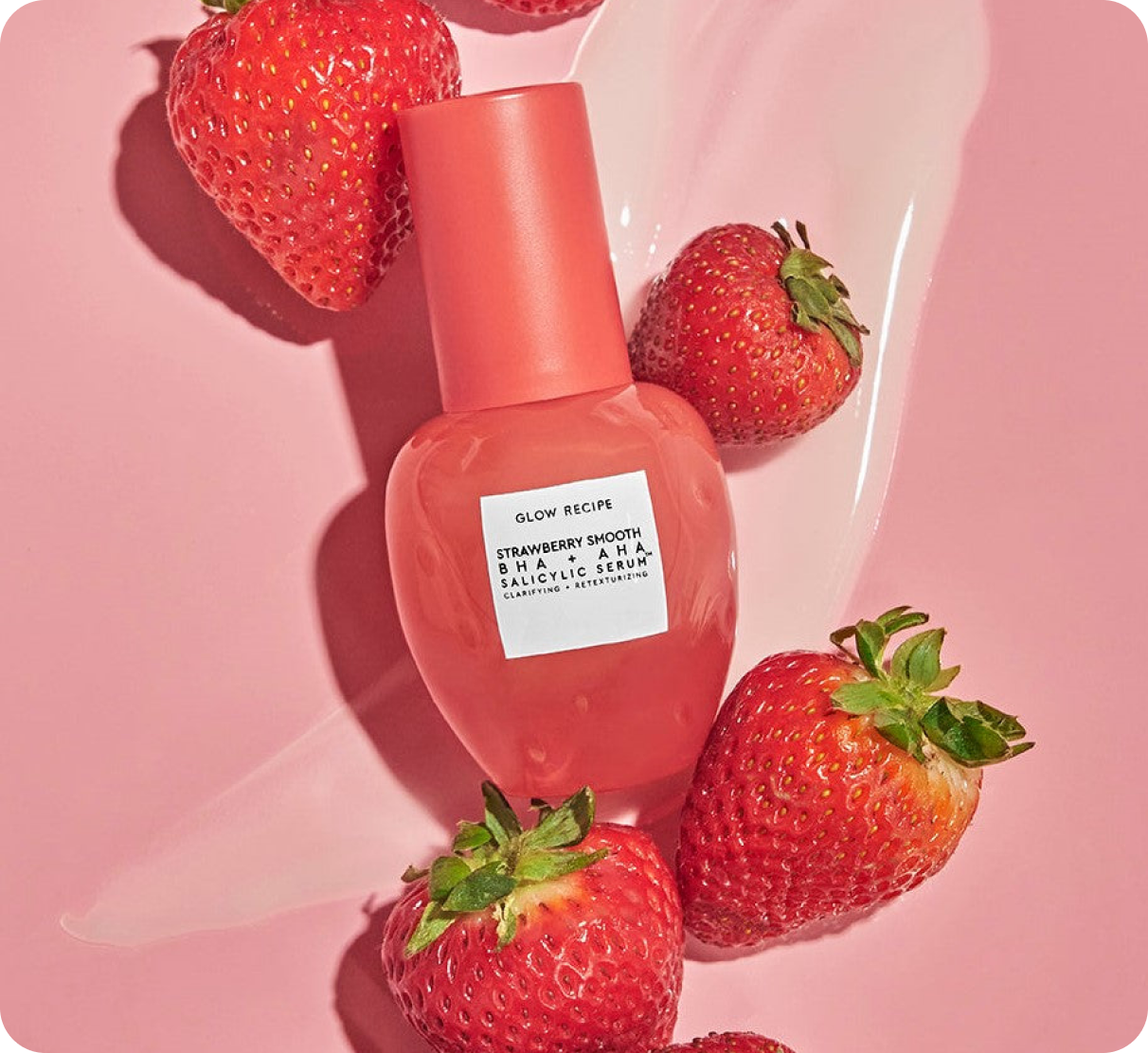 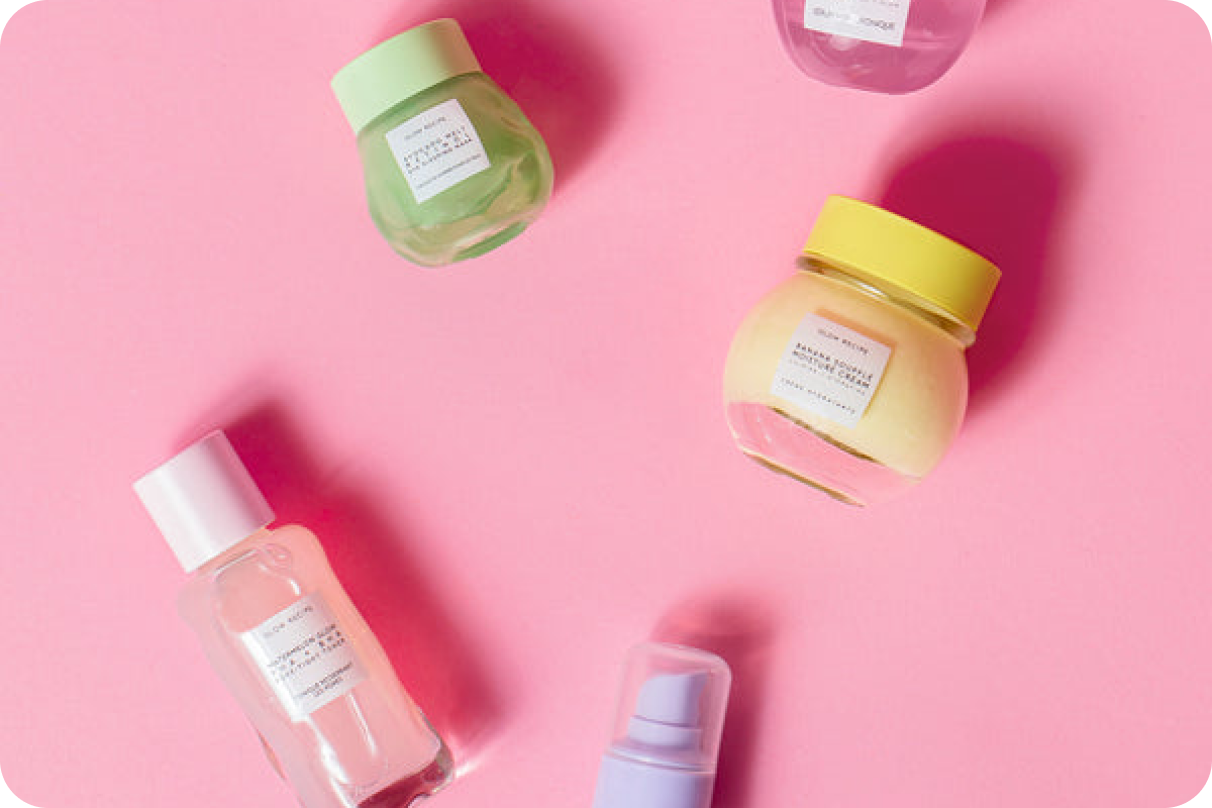 When Glow Recipe decided to join Postscript in June 2021, they were starting from scratch. They looked at other SMS providers, but having immediate access to a strategic team through Postscript Plus was a huge benefit to them in the early stages of their SMS marketing journey.

Though they had a robust email program in place, this was their first foray into text. “In our first three months, our main focus was list growth,” says Kellen Fitzgerald, Director of Ecommerce and Digital Experience at Glow Recipe. “At first we just focused on basic automations like post-purchase and fulfillment notifications.”

They started sending campaigns at a low frequency as they focused on building their list—but through early 2022, they achieved significant list growth after using SMS to tease major product launches. They knew turning SMS into an exclusive VIP channel would be a way to grow the channel quickly.

“We’ve always had a robust teasing strategy when it comes to new product launches just to drive up that hype,” says Kellen. “We decided we’d announce that something new is coming, but that SMS subscribers would be the first to know—so they’d need to sign up for SMS to shop the launch first. That’s been a really helpful tactic in driving list growth.”

Even though their SMS program is still relatively new, Glow Recipe is already taking an SMS-first approach to their owned marketing strategy.

“SMS [subscribers] are typically getting first access, often even before an item is live to the public on our site,” says Kellen.

The only instances where a subscriber might receive something via email and SMS at the same time are when the text falls outside the window of compliant send time for their area—though they try to avoid that scenario. 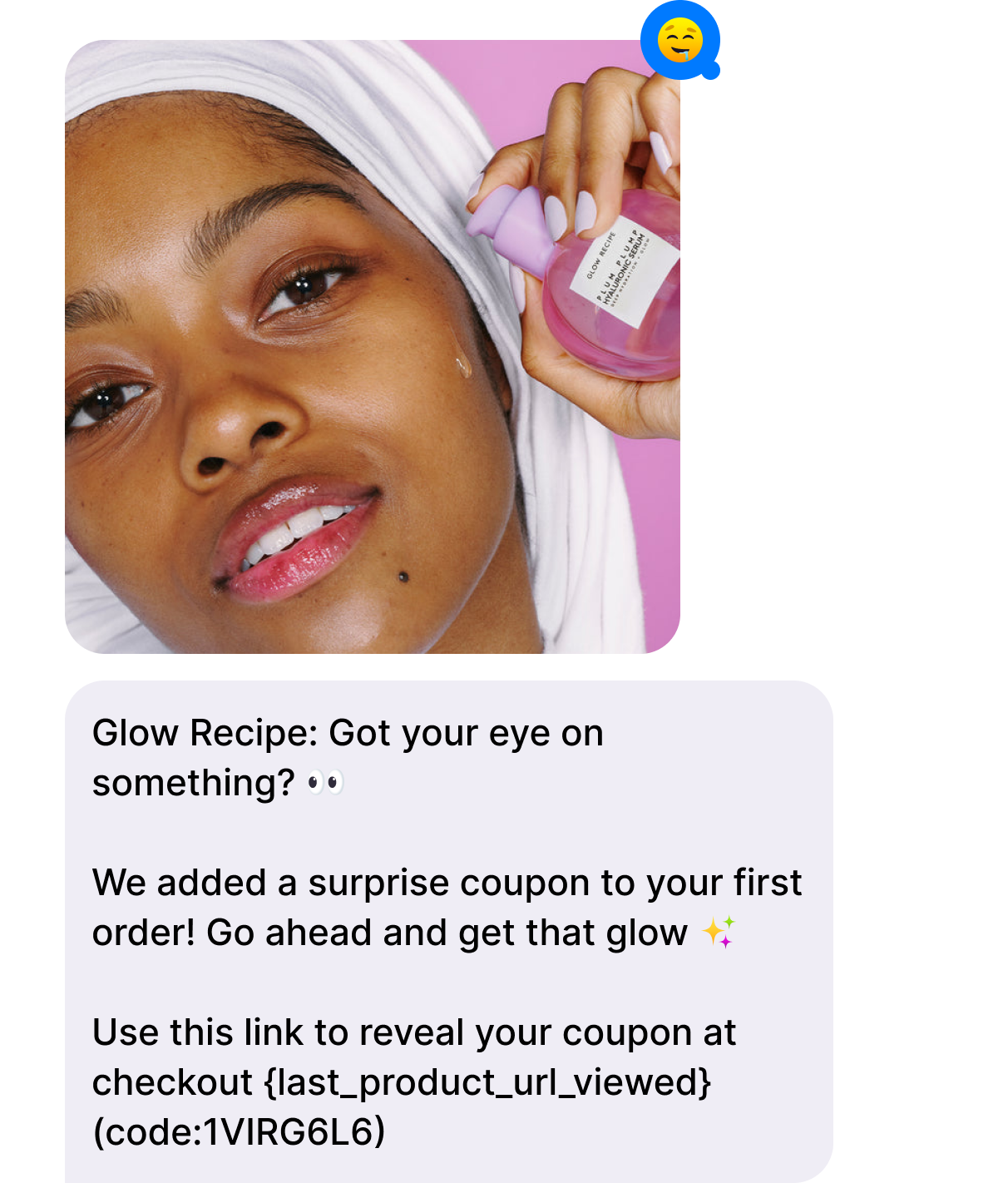 When it comes to automations, we know that across all industries, Abandoned Cart and Welcome Series messages have the highest clickthrough rates and earnings per message. But Glow Recipe’s highest-performing automation is their Browse Abandonment for new customers.

“New customer behavior on our site is more qualified,” says Kellen. “They are viewing more pages per session, so conversion for browse abandon actually outperforms with new customers over returning customers.”

Compared to beauty industry benchmarks, their product view rate was high—meaning that when visitors came to the site, they’d spend a longer-than-average time on product pages. By adapting to how consumers were behaving on their site, Glow Recipe was able to optimize this automation by offering a 10% off discount for new customers . 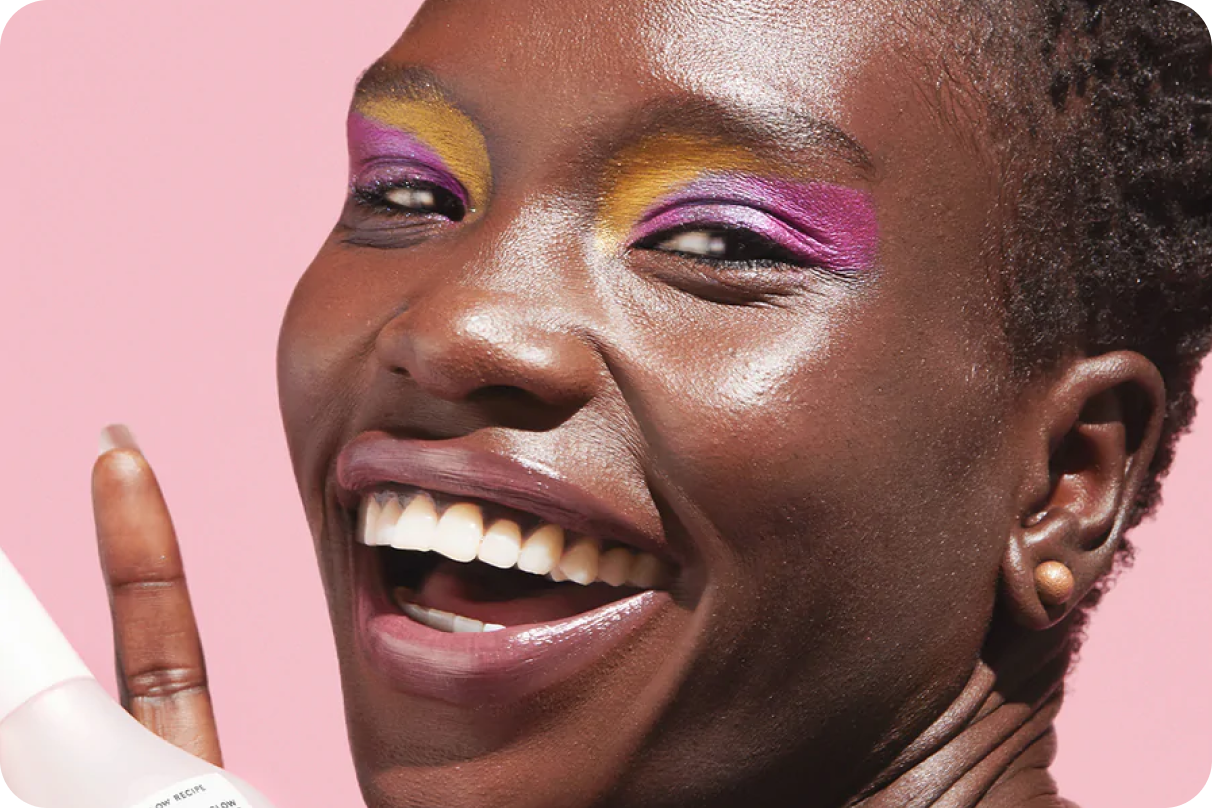 After sending out a survey asking customers how they shop for skincare, Glow Recipe found that a staggering 80% of shoppers are specifically looking to shop by skin concern. And then came a lightbulb moment.

“How do we make sure we’re giving people content specific to their skin concern from the very beginning?” says Kellen, recalling the question the team posed to themselves. “We do have quite a few clinically effective products for specific use cases, so we wanted to make sure the messages we were sending to subscribers were relevant to their specific skincare needs.”

They sent out a full-list Keyword reply campaign asking subscribers to respond with their top concern:

Subscribers could even opt-in for multiple skin concerns by replying with one keyword at a time. This campaign performed so well, they decided to make it a part of their welcome series. 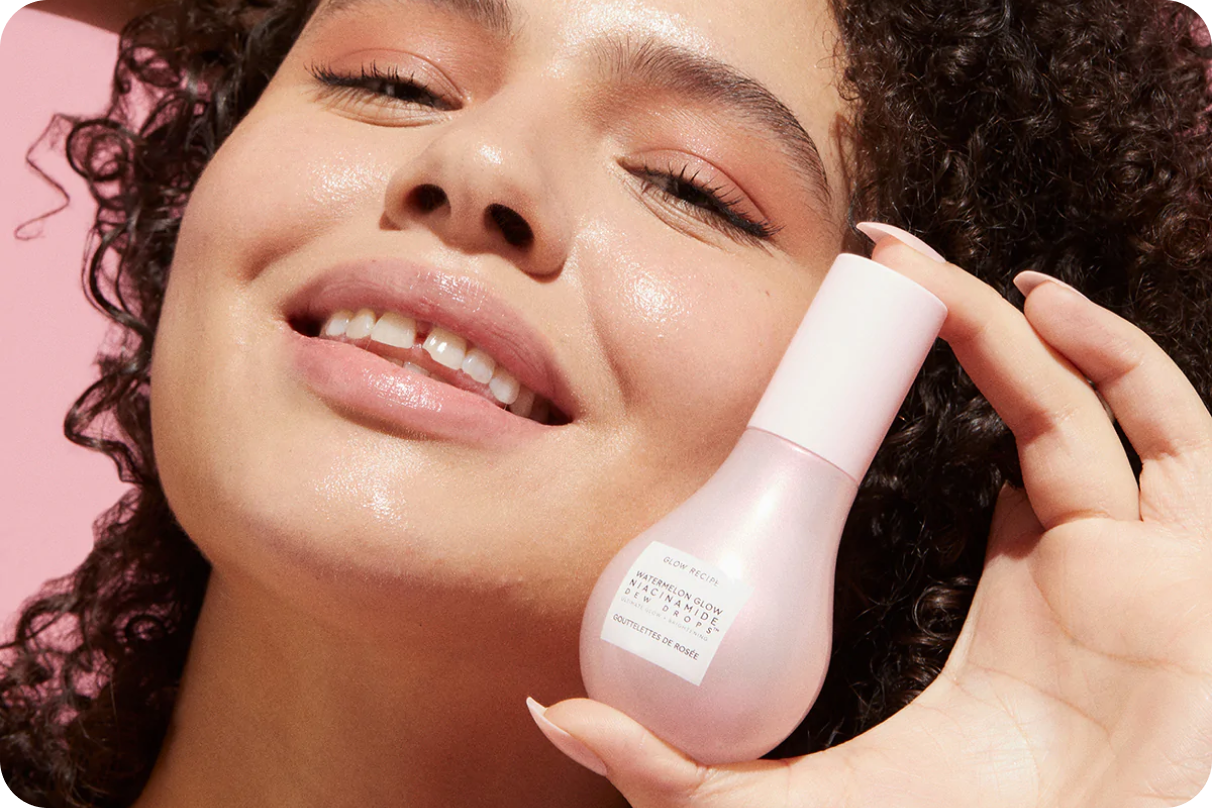 Once subscribers reply with their skincare concern, they’re served up a series of educational content that directs them to related blog posts, product recommendations and skincare tips.

“Right off the bat, we’re providing a link to our best-performing relevant blog posts, and then to a curated assortment of products on our site—providing a bit of education as well as the ability to shop what’s relevant to them,” says Kellen.

From there, Glow Recipe uses these segments to better target subscribers as new products roll out—or to offer promotions focused on specific products. Rather than promote a new serum to subscribers that targets breakouts to those who are more interested in hydrating products, for example, they’re able to send the right messages to the right people at the right time.

This also helps manage send volume. They can decide who to pulse new articles based on whether it’s something that a particular segment might have an interest in. “This helps us avoid overusing the full list, and in tandem helps us get more personalized,” says Kellen.

Glow Recipe used Keywords to create more meaningful experiences for SMS subscribers. In order to best serve the right messages to the right customers at the right time, they were able to lean into engaged segments and purchase behavior to drive impressive performance across their entire customer journey.

The first new SKU we introduced this year outperformed our Black Friday sale from last year. SMS continues to exceed our expectations, and we’re expecting this channel to continue to grow.